Another adventurous tour: crossing Bhutan from west to east

Baccio -a Swiss friend of mine- is a very experienced solo traveller who has been travelling the world extensively in his very own individual way: he is open minded, flexible and adventurous. He likes to invest time to really getting himself into new places and situations in order to let encounters and first hand experiences become possible. With this attitude he has always met very good people and made friends wherever he goes. So I was happy when Baccio asked me for advice about travelling in Bhutan and -if possible- for individual guidance. I suggested Baccio to make a west-east crossing of the country including a trekking to the remote villages of Merak and Sakten in the far east. All together we would be in the country for 24 days. I wanted to introduce him to "my Bhutan" and to have memorable encounters and experiences with the help of some of my friends;  at the same time I wanted to explore -together with him- new areas: although I have been working in Bhutan for 10 years now and have been fortunate to visit most of the 20 dzongkhags (districts), I haven't reached further east than Mongar so far. Tshering Zam, my best friend and wonderful partner in Bhutan, organised everything perfectly with her travel agency. And she accompanied us on our journey with heartfelt dedication and care; with her beautiful, lively and natural presence, and her genuine interest in people and culture she is always able to open up doors and hearts easily. In the cooperation between Tshering and me, we seek to combine the best qualities of our two worlds -Bhutan and Switzerland- and to bring in our individual background and experience. Baccio and me started our adventure in Zurich on Sept 29, flying via Dubai to Kathmandu, where my friend Kay was receving us at the airport. We stayed two nights in beautiful Rokpa Guesthouse, hearing the charming sounds of nearby Shechen Monastery in Boudha (very close to the big stupa that now has to be renovated after the big earth quake in April of this year).  We had a very interesting and intense day with Kay showing us around in "his Kathmandu". And in Shechen Monastery I met a young monk again: Dokya Tulku. I met Dokya for the first time in Bhutan in 2005 when he was still a boy, living and studying together with another monk as a fellow of Yangsi Khyentshe Rinpoche. Dokya Tulku is now 23-years old and will soon finish his studies to become a teacher in Buddhist philosophy. He offered me to meet and guide me and possible fellow travellers through Shechen Monastery, whenever I will come back to Kathmandu. After a marvellous flight with an extraordinarily clear sight on the Himalayan range (including Mount Everest) we landed safely in Paro; the landing in Paro is always such an exciting and beautiful experience, since the pilots have to fly around various mountains and crossing different hills on their way down towards the runway in Paro! . Tshering picked us up at the airport and took us after a first yummy Bhutanese lunch in town to Sangchokor Buddhist Institute, one of her favourite monasteries high above Paro. She has been connected to this monastery since long time by having done a lot of volunteering work and she is even related to the rinpoche who is the abbot here. On the way back to town we visited the traditional farmhouse of one of Tshering's relatives and we could drink a toast to our happy arrival and first day in Bhutan with a homemade "ara", a local brandy and Bhutanese speciality, drunk warmly, prepared with butter and egg. The next day we started with one of the highlights of each Bhutan-tour that most visitors often get only towards the end of their journey: a walk up and visit of spectacular and holy Taktsang Monastery ("Tigernest"). Naturally, during our 24 days and nights travelling from West to East Bhutan we came across many wonderful encounters and experiences and -almost normal in Bhutan- various unexpected and unplanned ones too. Among other things we were invited by a yak herder family into their temporary hut for tasting fresh yak milk and cheese, and by a monk into his monastic cell for tea and biscuits, we became part of a topping-out ceremony in Merak village, and a nightly ceremony in honour of a local deity in Sakten. These were the stations on our 24-days tour from West to East Bhutan: Paro (Sangchokor Buddhist Institute and Taktsang Monastery) - Thimphu (meeting people, institutions, interesting places..) and surrounding (Cheri Monastery)  - Dochu La Pass (Druk Wangyal Lhakhang Temple) - Chimi Lhakhang (the temple of the "Divine Madman" Drukpa Kuenley) - Punakha (visits of Punakha Dzong and Khamsum Yulley Namgyal Chorten) - Phobjikha Valley (staying in a farmhouse homestay and visiting of the local Primary School) - Gangtay Village and Monastery - Trongsa (Trongsa Dzong and Tower of Trongsa Museum) - Pele La Pass - Chumey (Yathra production - best woolen products in Bhutan) - Jakar/Bumthang (religious sites, Swiss-Bhutan cooperation institutions) - Ogyen Choling Palace and Guest House in Tang Valley - Natural trail from Tang Valley back to Jakar (visiting a nunnery on the way) - Thrumshing La Pass - Mongar - Trashigang - 7-days trekking to Merak and Sakten villages (meeting the semi-nomadic people living there) - Tshechu (a religious festival) in Khaling - Samdrup Jongkhar - Guhawati (India) Below some more photos with captions from our journey: 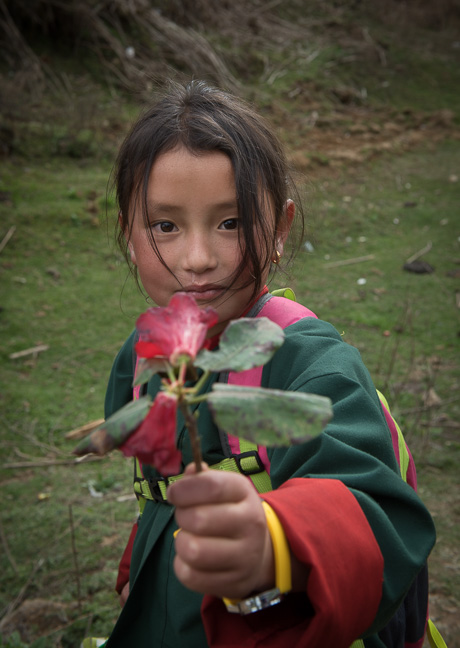 Many people kept on asking me if I would ever show them "my Bhutan".. so in April 2015 I guided for the first time a tour through Bhutan: a group of seven friends from Switzerland and Liechtenstein accompanied me on a 15-days trip to Bhutan. Beside hiking through wonderful nature and visiting many sacred places we had encounters with a good variety of my Bhutanese friends: among them a traditional mask maker and his family, film makers, visual artists, a school principal, and a blind friend who runs an automobile spare parts shop. In Bumthang -where we stayed in his Swiss Guesthouse- Swiss born legend Fritz Maurer who has become a highly respected Bhutanese since long ago was sharing with us insider stories about the begining of the Swiss-Bhutan friendship. One of the most exciting and delightful places to stay in Bhutan is beautiful Ogyen Choling in Tang Valley where former Helvetas country director Walter Roder and his wife writer Kunzang Choden are running a wonderful guest house and probably the most interesting local museum in the country: Kunzang Choden herself guided us through her museum and explained about everything in her most compelling and competent way. In the evening a group of women from Ogyen Choling village were dancing and singing around a bonefire and gave us wonderful live experience of the local culture and traditons. In Gangtey-Phobjikha a young monk was showing us around Gangtey monastery and inviting us for tea. I got to know him a few years back when I was working in a culture project for HELVETAS in four remote communities of Bhutan and he was then still living with his parents in one of these remote villages. Near Trongsa the principal of a local school -who is an old and good friend of mine- was introducing us to his school offering us lively and detailed insight. And last but not least: for everyone of the group it was a great pleasure and wonderful opportunity to learn more about Bhutan and the Bhutanese from my best friend and local partner Tshering Zam who accompanied us to many places in and around Thimphu and Paro and also to most famous Taktsang Monastery. All photos taken by © Markus Wild during the group tour in April 2015 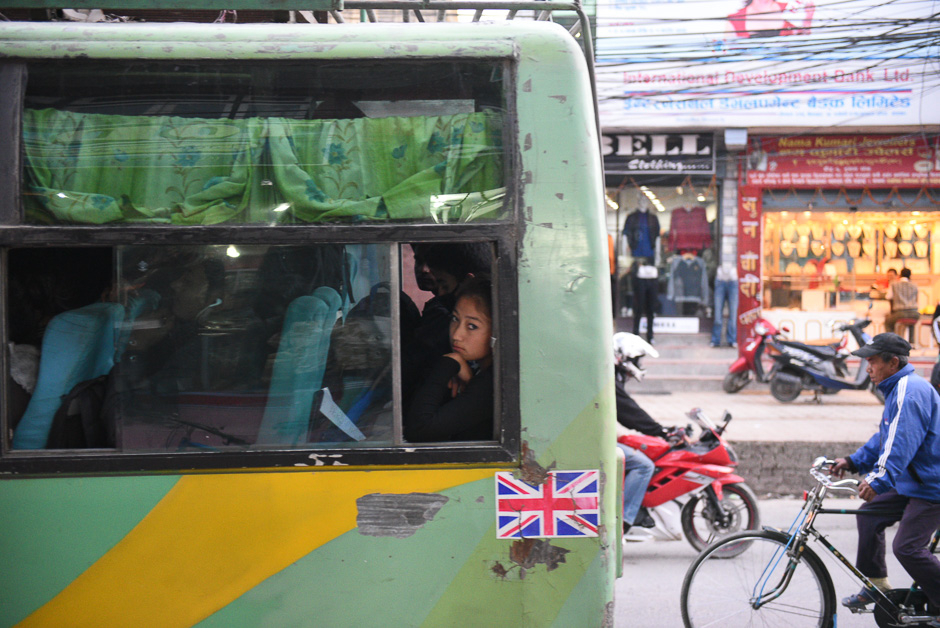 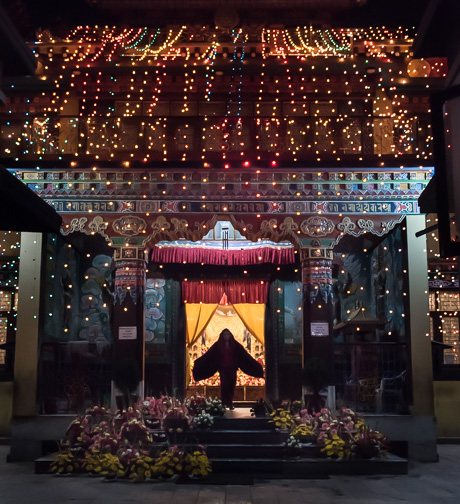 In the face of the actual tragedy in Nepal I am going through the photos that I took while being in Kathmandu for several weeks last October and November. Remembering a wonderful and peaceful stay I am praying in this time of huge devastation and deep suffering for the wellbeing and recovery of each and every person... 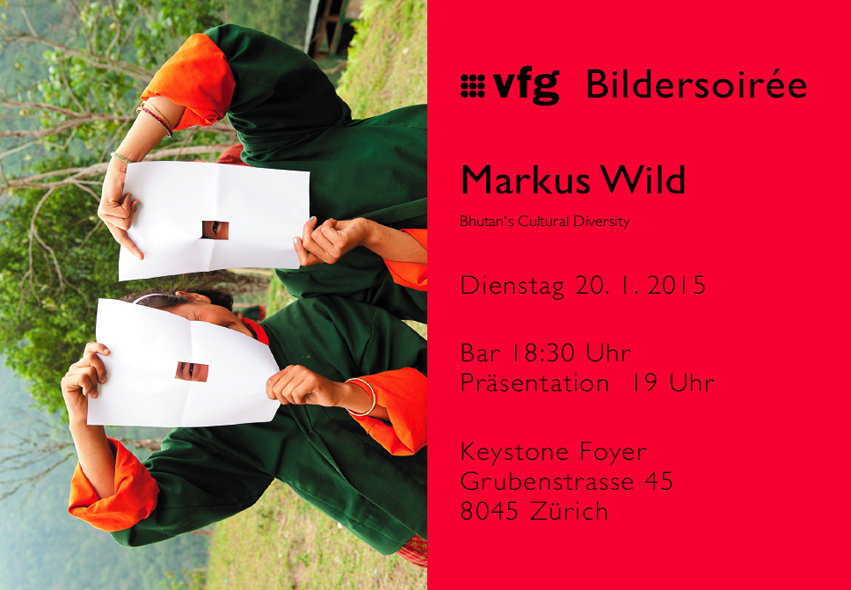 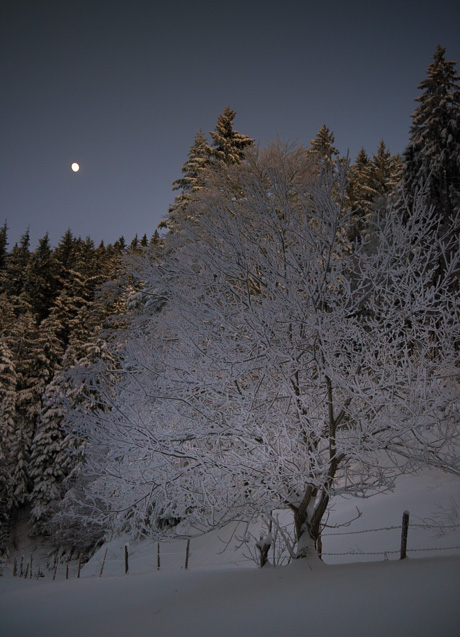 Some impressions from a wonderful first day of the year.. Cell Phone Number Trace

January 4, 2015 | Categories: Photo Galleries,Switzerland,The World On My Doorstep | | No Comments 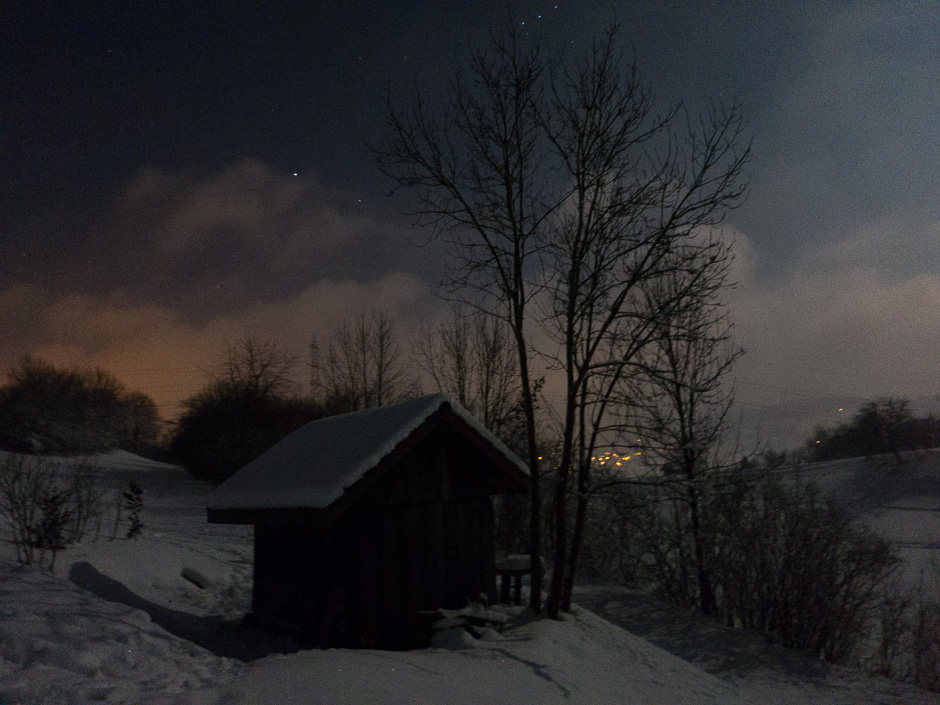 Photos from a winterly walk into the new year..

January 3, 2015 | Categories: Photo Galleries,Switzerland,The World On My Doorstep | | No Comments 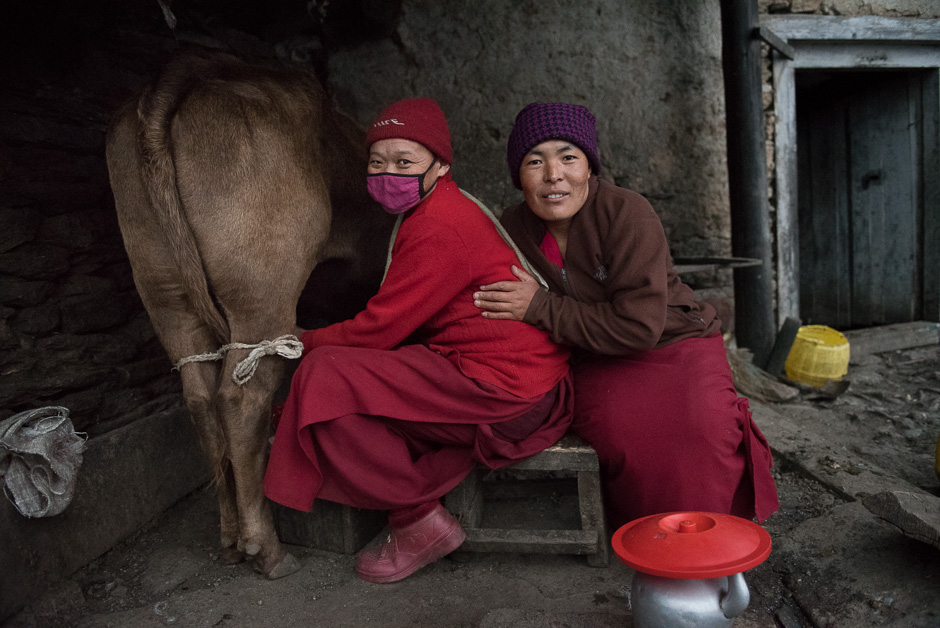 Our photo book is available now :-) 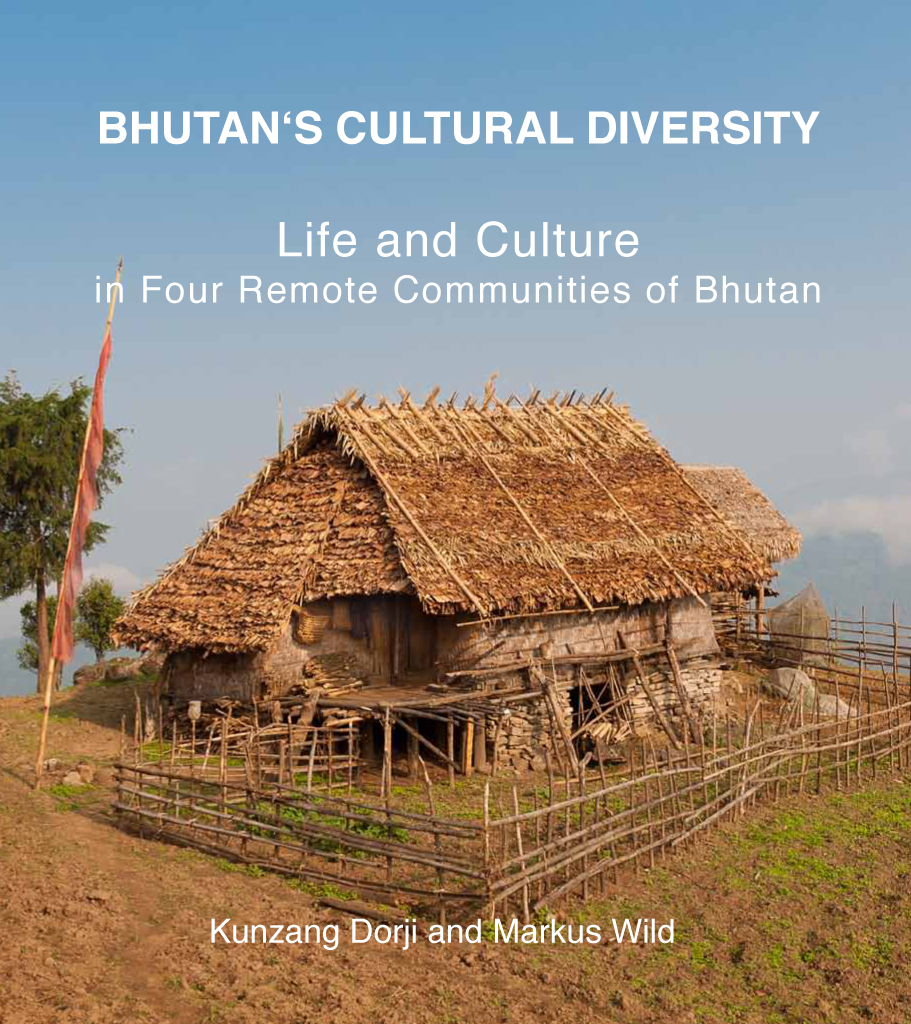 Our photo book of the LCD (Leveraging and Preserving Bhutan's Cultural Diversity) Project is available now! It contains 170 pages, 376 photos and much written information on life and culture in four remote communities of Bhutan. Most of the photos are taken by students and NFE learners who took part in the Participatory Photo Documentation Project that I conducted in the four communities of Ngalatrong, Kengkhar, Lumbey and Lotokuchu. The book is available in Bhutan via Shejun Agency, Thimphu (telephone +975-77493719/email contact@shejun.org) and in Europe via Markus Wild, Luzern, Switzerland (mobile +41 79 517 96 77 / email info@markuswild.ch)